Join Telegram Channel
Power companies will give a tweak of Rs 213 crore to the people of Gujarat, high light bills will come 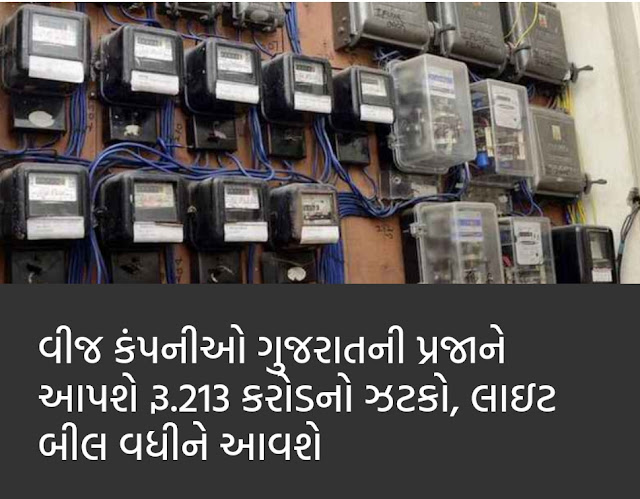 He made the purchase after an increase of 12 paise per unit due to a decline in industrial power consumption. As a result, his expenses under the Fuel Price and Power Purchase Agreement were increased by 12 paise per unit. At the same time, on a unit of electricity, according to the FPPPA formula, Rs. 2 means recovery. The Commission has to seek approval. Until now, Rs 1.90 per unit was levied under this formula. GUVNL's power distribution companies in their own way in 10 paisa per unit extra bill


Has the legal authority to recover. He has to seek approval from the Jerk-Electric Regulation Commission to charge the remaining 2 paise per unit. So these two paise will be charged in the October-November-December quarterly bill after approval. Purchases are believed to have taken place after the lockdown on March 25, when power consumption of industrial units slowed down and shut down. Therefore, the power purchase cost has increased from Rs.4.56 per unit to Rs.4.66. There is another reason for the high cost of buying electricity. Gujarat State Ill