Schools and colleges When will Open 2020.

Join Telegram Channel
When will schools and colleges open in the country The Education Minister has made a big revelation in 2020. 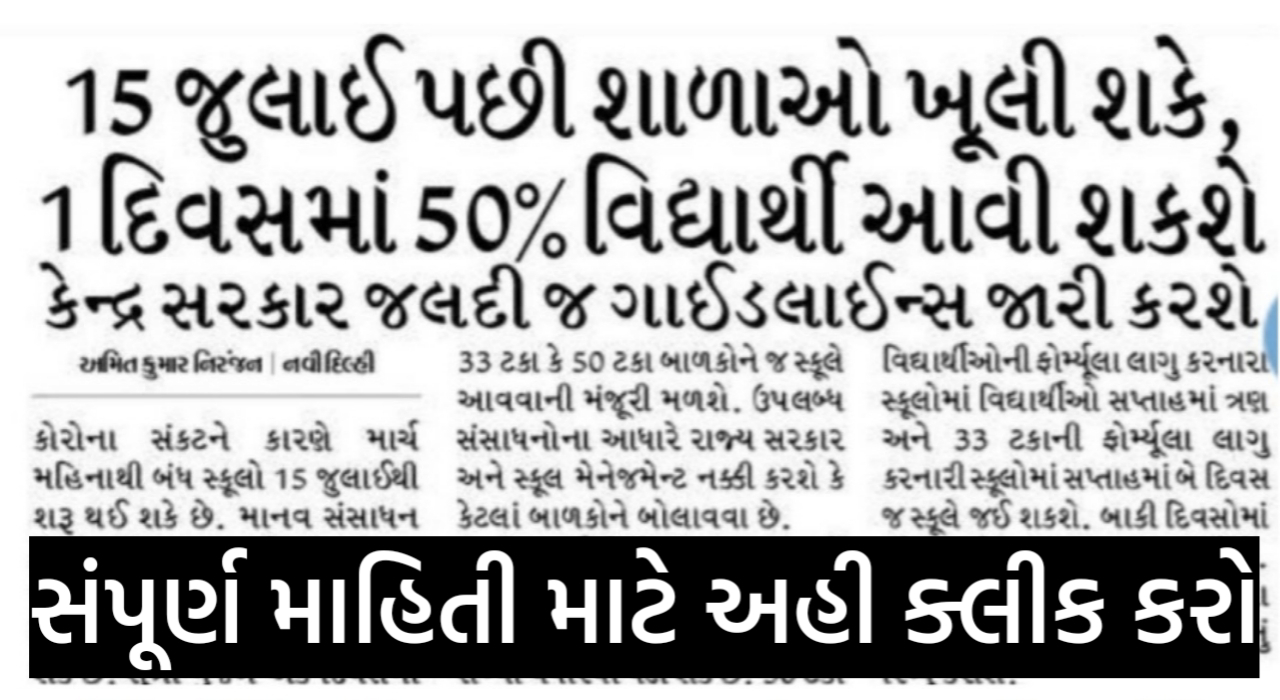 schools and colleges When will Open 2020.
When will schools and colleges open in the country ?, Education Minister made a big revelation in the Corona period.
Human Resource Development Minister Ramesh Pokhriyal 'Nishank' said in a live conversation with teachers about opening schools. At present, there is no clear word on the resumption of schools. Speaking on the opening of the school, the HRD minister said, "The health of the students is important to us." Schools will only reopen once the condition has returned to normal due to the Corona virus.
Human Resource Development Minister Ramesh Pokhriyal 'Nishank' said that many changes would be made if schools were opened. There will be changes to the children's seating system, as well as the school period. The class can be divided into as many sections as possible.
Attention to new systems to open schools
NCERT is looking at new systems to open schools. While UGC is working for higher education institutions including colleges and universities. However, the UGC has clarified that classes for college students who have already taken admission will start from August and classes for the new batch will start from September. But the situation in schools is not yet clear.
He asked teachers and students to download the Health Bridge app so they can fight coronavirus. He told everyone to be aware of the situation related to coronavirus.
School colleges closed in the country due to Corona
A nationwide lockdown has been underway since the last week of March to prevent the spread of coronavirus infection. Since then all educational institutions in the country including schools, colleges, universities have been closed. School, college and university exams, including competitive exams, were also postponed.
In most of the states, admission to the next standard is given on the basis of mass promotion in 1st to 9th and 11th standard without examination.
Full Read Gujarati : Click hare
Now CBSE 10th and 12th standard examinations have been announced. Dates for JEE Main, JEE Advanced and NEET exams have also been announced.
Share on Facebook
Share on Twitter
Share on Google+
Share on LinkedIn

0 Response to "Schools and colleges When will Open 2020."